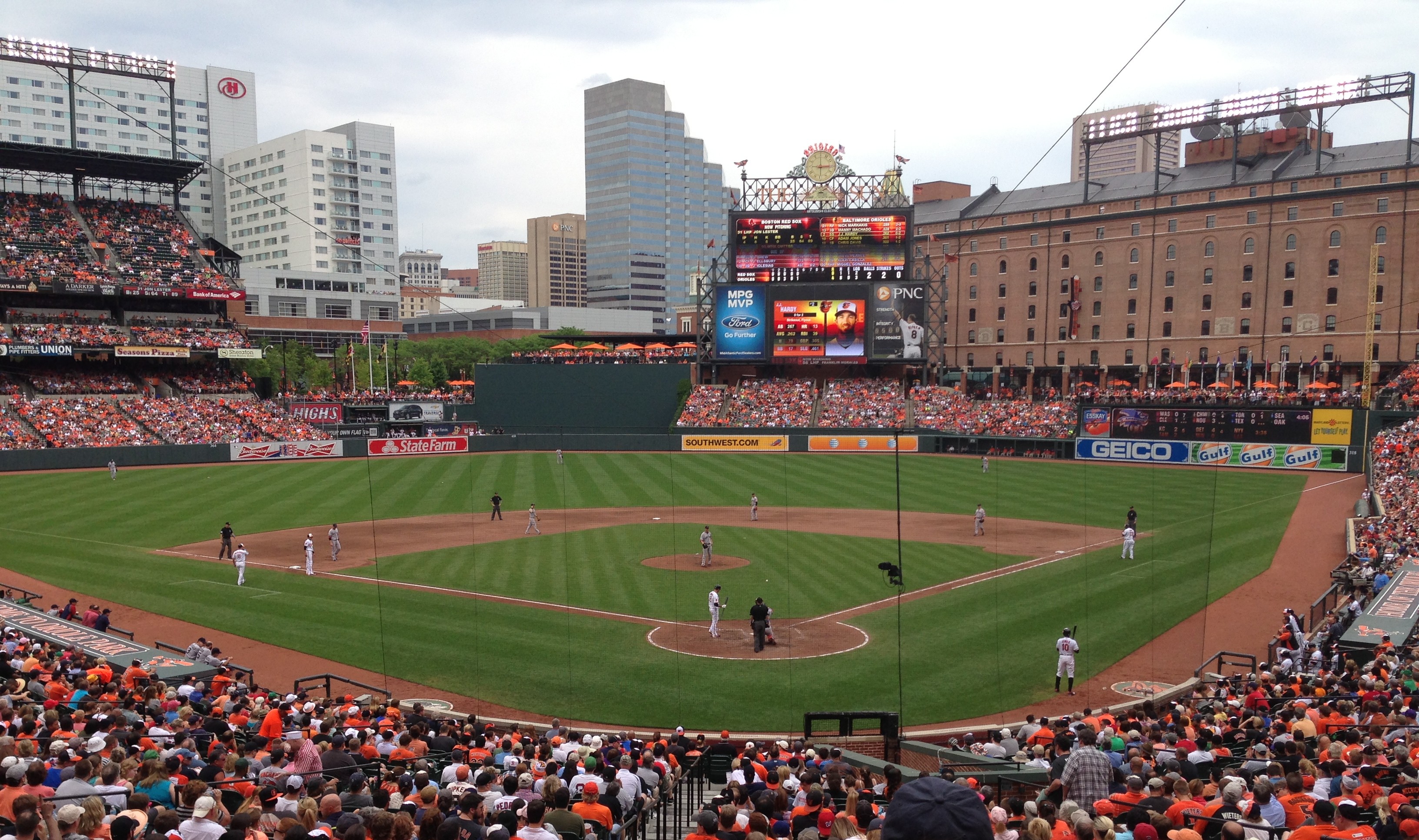 So many people tell me baseball’s boring. Without the right context, I guess they’re right. To me, baseball is a game that has provided a lifelong connection to my father. And to the relationship that he shared with his father.

It’s a game that’s taught me the importance of competition, practice, adversity, and teamwork. The nuances of the game are often not understood by people that find baseball boring. Every pitch creates an endless amount of possible situations that players must be prepared for. This isn’t always obvious for the occasional viewer. More importantly – anyone who’s spent a substantial amount of time playing baseball or shared a similar relationship with their father, understands that the game is about so much more. It’s a connection to past generations. It’s an analogy for how we learn. It’s practice for developing character. And it provides common ground for a lifelong relationship between fathers and sons. In honor of Father’s Day – and as a way for me to tell my father that I appreciate all he’s taught me – I’d like to share some lessons I’ve learned from my father about baseball, life and learning.

Hard Work & The Importance Of Hustle

At the start of each season, my father would have a talk with my coach and the conversation would go something like this…

It only took me a couple of times to learn that if I didn’t hustle, I’d end up on the bench. It was a lesson I needed to learn. Good things happen when we hustle. In baseball, the occasional routine fly ball drops and those with hustle are standing safely on-base. Those without hustle are an easy out once the defense recovers. Baseball is a numbers game. Guys with hustle run out every single ground ball or pop up knowing that 1 out of every 20 might result in reaching base safely. In my professional life, I’ve come to value employees and co-workers that had hustle. I’ve always tried to be a “teammate” that hustled. Hustle knows that the payment is in the process; not in the outcome.

My father hated Barry Bonds. Before Bonds’ head grew four sizes, my father disliked him for being a “hot dog”. Whether it was slapping his glove against his thigh before catching a routine fly ball or not leaving the batter’s box on a ground ball to short, Bonds was the perfect example for what not to do on a baseball field. Making no judgement of his talent, his numbers or his use of P.E.D.’s, it was his approach to the game that my father disliked.

In contrast, my father loved Cal Ripken, Jr’s approach. We went to countless games at Memorial Stadium – and later Camden Yards – and without fail my father would nudge me with his elbow and say, “Look at Cal! Look at him! Every pitch he takes two steps towards home plate and gets his glove on the ground so that he’s ready in case the ball gets hit to him.” For some of you that know my father, you may have heard him say this a couple dozen times. For the uninitiated, that’s between 100 – 125 instances per game of being ready for the ball to be hit your way. And the majority of the time the ball doesn’t get hit your way. But for two decades, Cal was ready on every single pitch. Every single day. And he was always in the right position. And my father made sure to make sure that I noticed.

From an early age, my father encouraged me to sit quietly and visualize positive baseball experiences. He would suggest that I lay down, relax and vividly imagine that I was standing in the batter’s box. He would tell me to imagine how the grass smelled. How the dirt felt under my cleats. And to imagine seeing the ball leaving the pitcher’s hand and then seeing myself connect with the pitch, lining it over the shortstop’s head into left field. He would encourage me to try to “feel” the good contact in my mind. Anyone who’s played baseball knows the difference between the feel of a ball that you’ve hit squarely and a ball that’s not.

In my adult life, I’ve spent a good bit of time reading about personal and professional development. I’ve come across countless books that talk about the importance of visualizing a positive, desired outcome. Books like “The Talent Code” by Daniel Coyle, “Psycho-Cybernetics” by Maxwell Maltz, and “How To Think Like Leonardo Da Vinci” by Michael Gelb – to name just a few – talk about how important visualization exercises are in practicing effectively. Every time I come across someone talking about visualization, I remember being 8 or 9 years old and my Dad’s lessons on being a better ball player.

On Being Curious in Life

Driving to games, my dad would often give me a baseball scenario and ask me what I would do if the ball was hit my way. He would say, “Ok, you’re playing second base…there’s one out, a runner on third and a lefty at bat. You’re up by one run and he hits a slow roller to your left…what do you do?” If I answered correctly, he would tweak the scenario to be two outs and a runner on second. The game never really ended. The lesson was that I should be asking myself these same questions before every pitch. That I should know before the pitch what I would be doing with the ball if it was hit my way.

This wasn’t just a baseball exercise. Most nights at the dinner table, my father would begin by asking myself and my sisters, “What did you learn in school today?” If we were prepared and answered with something worthwhile, his response would be some version of the phrase, “You learn something new every day.” If we managed to be enjoying the summer and there was no school that day, there was often Dad-provided required reading that we would be quizzed on during dinner. Books and topics ranged from philosophy (Plato and Aristotle) to Fourth Amendment cases (search and seizure law) and even classic movies that he felt well-rounded people should be familiar with.

If one of us was being a know-it-all, my Dad would often tell us that we were operating from “the complete certainty that only ignorance provides”. He always tried to make sure that if we thought we knew something about a topic that it was because we had worked at that topic, tried and failed, asked questions, and learned about that topic from smart people. What all of these examples left me with was the idea that to think critically – and to get better at anything – a person needs to work hard at it, have a vision of exactly where you’d like to go, plan on how to get there, constantly ask good questions, and seek out smart people to help with the journey.

It’s true in baseball. It’s true on the golf course. It’s true in business and marketing. It’s true in life and love. And it’s a life lesson that I’ve been fortunate enough to have started working on at a young age. Thanks – in no small part – to my father sharing the game of baseball with me a very early age.

Online Marketing: What Should You Measure?

Some Marketing Tips & Perspective from Seth Godin
Scroll to top