Mark Zuckerberg put out a post today addressing the fake news problem Facebook has been dealing with in the aftermath of the 2016 election.

It’s a start but it’s a tool that is sure to be misused. There are already vocal opponents who claim that it’s a move by Facebook to silence specific groups.

This isn’t the only tactic sites like Facebook can use to combat fake news. Last month, Google and Facebook took steps to ban fake news from their ad networks. There are no shortage of ad networks for websites to choose from and the ad network ban doesn’t have any effect on websites that get their support from user donations or subscriptions.

At this point, there are more questions than answers. Will Facebook’s approach have any impact on major media organizations like CNN, MSNBC, the Huffington Post, or Fox News? Who will the third party fact checkers be? How will the fact checkers deal with opinion articles that promote a point of view? Will op-ed’s from more established sites be subjected to an equal level of scrutiny as an opinion piece from a source like Occupy Democrats or Breitbart? Will users who abuse the reporting tool be punished if the items they flag pass the fact-checkers review? Is there a point where sites who regularly get their posts flagged will have all content flagged by default? 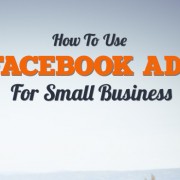 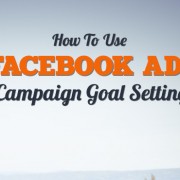 Facebook Ads: How To Target People Who Have Engaged With Your Page